Ten Things You Must Not Know about Cigars

Cigar tasting is a very enjoyable thing, you can do it in your favorite way. But cigar is a living body, it can hear, see and feel, the cigar is a work of art, it is a cultural thing, it needs to follow some basic rules.

Cut the cigar head too much

To smoke a cigar, you need to master the rhythm. The three actions of smoking, holding, and spitting are basically three beats slower than smoking. It takes three seconds to finally call, which is the rhythm of smoking cigars.

Not only that, but the interval between each bite should be at least 30 seconds. Smoke for a while and rest on the ashtray. As long as the time is not too long, the cigar will not go out. Smoking too fast to feel the fragrance of the cigar will also cause the cigar to overheat and affect the cigar experience.

Ignite a cigar with dirty gas

If you light a cigar with some gases such as kerosene and gasoline, the burning smell will directly rush into the cigar and affect the cigar's taste. Or use a candle to light it, and the smell of the candle will invade the cigar.

Use an ethane lighter, this will not affect your smoke smell.

Many people ask whether zippo lighters can light cigars, but the answer is no! Because the zippo lighter uses kerosene, it has a heavier taste, which will affect the taste of the cigar.

The limited edition cigar is really precious, there is only one, but I hope to share it with friends. Many cigar beginners would think of cutting a cigar in half and sharing it with a good friend. This is not good.

Because the cigarette maker puts different tobacco leaves on each part of the cigar, which brings cigar customers taste bud stimulation at different time periods. If you cut half of it, you will not feel the entire process of change, and it will also cause the wrapper to fall off. 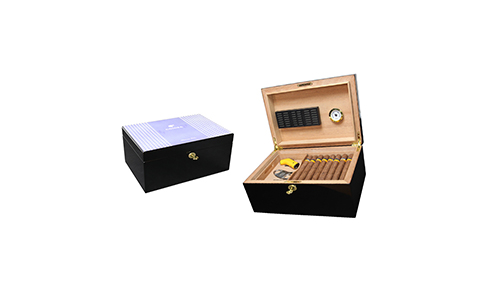 Inhaled into the lungs

Many cigar beginners are cigarette enthusiasts and often use cigarettes to inhale them into the lungs. But cigar is the movement of the tongue, taste the taste of cigar in the mouth. If it is inhaled into the lungs, it may cause nausea or fainting, causing bad effects.

Many people will feel that not only will they faint when inhaled into the lungs, but sometimes they will be dizzy if they are sucked too fast or if they suck on an empty stomach.

After smoking, put the cigar on the ashtray and let it go out naturally. If you extinguish it directly in the ashtray, it may cause the eggplant cover to emerge and produce more smoke. In addition to this, the damaged cigar is also very ugly. Cigar is a living body, after blooming its own wonderful, let it leave decently and quietly.

Put half of the smoked cigar in the cigar humidor

The burnt smell of a cigar is the most difficult to remove. These smells will fill your cigar humidor and are quite unpleasant.

Use a cigar box as a humidor

Store the cigar in the refrigerator

The refrigerator can keep your vegetables fresh, but it doesn't mean it can keep your cigars well. If someone gives you a cigar, never put it in the refrigerator. Your refrigerator is a dry environment, keeping things fresh but not moisturizing. The storage temperature of cigars is between 18-20 degrees Celsius and the humidity is between 65-75. Refrigerators and ordinary wine cabinets cannot meet this requirement.

Tell people how to smoke cigars

Don't be a cigar policeman, there are too many rules to follow in your life, calmly let him smoke in his own way-unless he is really taboo. We are the humidor supplier, our company provides high-quality Cigarette Humidor, if you are interested in our Cigarette Humidor, please feel free to contact us.