Let's take a look at this game that spans over a thousand years to conquer the world. How do you play it?

Before understanding the game rules of Backgammon, it is natural to understand what Backgammon looks like. Backgammon checkers are generally drawn inside a box with hinges. When the box is opened, the middle partition divides the board into two inner fields and two outer fields. The four inner and outer chessboards consist of 24 narrow and isosceles triangles in black and white, and there are 6 triangles in each field.

The vertices of these triangles are also called "points" (points, dots, or pips) and are numbered from 1 to 24 in the clockwise direction from the lower right corner. Each player has an outer field and an inner field or home field.

The layout of the backgammon chessboard is obviously influenced by the calendar. The 24 points here correspond to 24 hours a day, the 12 points on each side correspond to 12 months a year, and the other 15 pieces each have a total of 30 pieces. Used to correspond to 30 days per month.

The game rules of backgammon are not complicated. In simple terms, all you need to do is remove all your pieces from the field and you will win. When the game starts, each side rolls a dice, and the side with the larger number of points goes first. Both sides move the pieces in turn and roll the dice before each move. After rolling the dice, the player must move the pieces in accordance with the number of rolls. 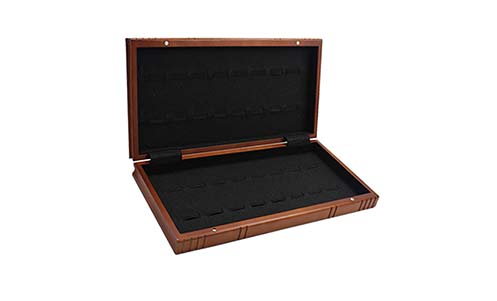 The piece can only be moved to a point that is not occupied or occupied by one's own piece, and during the movement, if there is a point that is moved to be occupied by only one opponent's piece, the opponent's piece is called "weak" chess". After the weak chess is attacked, it needs to be placed on the boundary in the center of the board. Before the weak chess that is attacked leaves the boundary, no other pieces can move.

On the next roll of dice, the weak chess to be attacked must start from the endpoint. If a piece is attacked by the opponent when it moves away from the board, it must wait for the piece to return to its own board before moving on.

Regarding winning, Backgammon is divided into three situations.

1. Victory (single-point game): The opponent has moved away from at least one piece, and the bet (score) remains unchanged.

2. Gammon: The opponent did not move the piece, but there is no opponent piece in the player's infield and midfielder. At this time, the bet (score) doubles.

3. Backgammon: The opponent has not moved away and there are opponents on the player's infield or midfield board. At this time the bet (score) becomes 3 times.

Obviously, this doubling setting is the most common game in the game.

Backgammon is full of random craps, which not only increases unexpected fun but also requires players to have better strategic abilities. It is this kind of mashup that adds unlimited charm to backgammon. The charm is not only the game itself but also the chessboard. Backgammon's board is definitely a Western antique board game worth playing.

Backgammon chessboards are usually designed as a foldable box with chess pieces and dice fixed in an internal compartment. Because the chessboard itself has a triangular pattern, the decorative patterns are not complicated, and usually only do simple patterns or geometric figures. Compared with the decorative design, the materials of Shuangluqi are more particular.

Backgammon is usually made of wooden materials, painted with brightly colored paint. The wood of the checkerboard is preferably solid oak and bakelite, sometimes covered with other materials such as calf leather and velvet. Chess pieces can be made of ivory, copper, etc. Jadeware is also used in Asia, and dice are often made of bones. For the sake of beauty, the decoration style of chess pieces and dice is usually consistent with expectations.

Custom Backgammon mainly focuses on reducing the noise caused by dice rolls, which is why both the chessboard and accessories are made of mild “soft materials”. At the same time, the smoothness of the surface of the chessboard is also a criterion for judging whether it is an exquisite chess set. A smooth chessboard can ensure that the pieces move steadily on the "battlefield".

Fun games always make people want to stop, and the delicate chess set also makes collectors put it down. I don't know if this long-time game that combines beauty and fun has instantly aroused your desire to win or lose?